(With apologies to Al Hsu for the corruption of his book title!). But actually I really recommend the book (alongside my own of course!) - The Single Issue, by Al Hsu, published by Monarch.

So, what are some of the issues which face single people? When I was writing the book I came up with a list of things. It's in no way a scientific or even a representative list - I just sat and pondered for a bit and came up with these 7 things. They may more accurately reflect me and my issues than they do anyone else's! But certainly whenever I've spoken on this topic there have been enough heads nodding to make to me think I'm not completely off in my own world on this.

One of the fun things about writing the book was that I asked lots of my single friends to fill in questionnaires, and many generously did so. Their stories appear throughout the book. They also gave some useful data and information.

So I thought I'd unpack below the 7 issues I identified, and why I think they are (or can be) issues for single people.

The one which came out top of the list, as being a significant issue for 54% of people, was 'lack of touch'. This is interesting because it wouldn't be the top of my list, and it's hardly ever what people guess as top of the list when I ask them. But it clearly is something which some people struggle with - perhaps particularly if 'physical touch' is one of their Love Languages (see http://www.5lovelanguages.com/ if you don't know what they are!).

I can see why this is an issue for so many single people. If you live alone, as many single people do (or even if you don't), then you may really miss having someone around to 'touch'. This isn't particularly even about sexual or romantic touch - but simply the lack of a hug, a touch on the shoulder, a pat on the arm - those normal human interactions which remind us that we're alive, and not alone in the world. Depending on how we spend our time, we might go several days without any touch from another person, and this can't be good for our wellbeing. Clearly some people value touch much more than others, but for all of us there are times when we just long for another person to show us they care, and they are there, in some physical way.

I think the church has a huge opportunity here to help when people are struggling with this. We can be in the ministry of hugs! (Go easy though - some people would run screaming from the building, never to return, if greeted in church with a barrage of hugs!). But let's be aware of one another's needs, and get touchy - in a good way!

Second on the list, and an issue for 44% of people, was holidays. This is an interesting one. It's perhaps the one that's hardest for married people to understand. And maybe, if you're part of a big family which holidays together, or you have a strong group of friends that always go away together, this won't be an issue for you as a single person either. But for lots of single people this is a biggie! I know it is for me.

I've had some great holidays with some great friends, but it's always a big source of stress. Holidays are massively important to me, I love to travel and I love to do exciting things on holiday. But planning and organising holidays by myself is hard. I have to decide whether to go alone, or with some sort of group, or with friends. If on my own, I have to bite the bullet and be very brave, If with a group I have to take a risk that it'll work out (btw I can recommend Imaginative Traveller - independent group holiday firm; I've had some great trips with them). If with friends I have to pluck up the courage to ask, we have to sync dates, decide on a destination we both want to go to, and hope we'll still be friends by the end!

There are places that I haven't been to, and holidays I haven't been on, because I don't want to do them on my own (although there are also places I have been on my own and had an amazing time!). [I'm deliberately setting out some of the negative issues here - I realise as someone without children I also have a huge amount of flexibility regarding holidays, which I'm very grateful for].

The third issue, which 39% of people identified with, is not having someone around to talk to and share with. [Again the caveat here - we're not wearing rose tinted glasses. We understand that there are issues in marriages too and there isn't always lovely harmonious conversation at the end of each day! But we're simply describing something we 'miss'].

This is a big one for me, being such an extrovert. I find it really hard to process things, make decisions, plan, reflect etc without having someone to talk to. Sometimes I feel like I don't even know what I think about something until I've talked about it! It's hard to get in after a long or difficult meeting and not be able to offload; or to have a talk to prepare and no one to go over it with; or a big decision to make and no one to weigh up the pros and cons with, or an amazing thing that's happened and no one to share it with. I have fabulous (patient, long suffering...) friends who allow me to download my brain for hours on the phone or in person, and that's great, but it's rarely 'in the moment', so I often have to store things up till I see them (or risk inappropriate sharing with the next random stranger I see...).

My need to share/talk/process is why I love social media so much (and, lately, blogging). It enables me to share something as it's happening and get feedback and comments. I know some people think it's inane to post about the mundane stuff of life but it really helps me to feel less isolated. So yay to all my Facebook friends and Twitter followers!

The fourth issue, which came in at 32% was loneliness. This is usually the one which people I'm speaking to guess will have been top! I don't know why it wasn't as almost all single people do identify it as an issue for them at least some of the time. I've blogged about it elsewhere so won't say much more - but just that I think this is another area where the church can massively help out. We really need to do better at the whole community thing - being there for people at significant life moments, helping out with household stuff, chilling out with people without any big agenda - basically just doing life together. In some places this is happening so beautifully. I really think it could be hugely significant to us reaching the 18-30s generation as it's a big issue for so many of them. So come on church - step up!

The fifth issue was sex (that is, not having it!) with 24%. I'm going to post more about this another time (you may or may not be pleased to know!!). Perhaps inevitably this is the issue that most people find it the hardest to talk about so it's hard to know exactly people's thoughts/difficulties. I wonder whether it's harder for those who have been in sexual relationships in the past and now are not? But maybe not? It's definitely a tricky one...! But we need to be better at speaking out about it, because being all coy on the matter doesn't help anyone! Look out for a future blog... (you have been warned!).

Sixth was childlessness (17%), and I think the reason this and the next came lower down the list is that they're not necessarily issues for everyone - clearly some single people do have children. (Clearly also, some don't, but don't want to). However, for those who don't have children but wish they did, this can be an incredibly painful thing. I blogged about my own perspective on this just after Mothering Sunday so I won't say much more...

And finally, seventh was living alone, with just 10% of people identifying this is a big issue (as I say, this may in part be because it didn't apply to everyone). I have to say I really quite like living alone, in spite of the issues it sometimes raises of loneliness, and not having someone to talk to. I like pleasing myself as to what I eat and when, what I watch on TV, when I go to bed and get up, how I decorate, etc. (Although I do sometimes wish there was someone else there to make a cup of tea or unload the dishwasher!). I also realise I have no one else to blame when the place is an absolute hovel, which is 90% of the time...

So there we are. A very random meander through some issues which are relevant to some single people. They appear in more detail in Chapter 1 'Wholly Single'. I'd love to know what you think...

And here's a recent 'holiday with a great friend' photo - definitely more fun to go cava-tasting with someone else...! 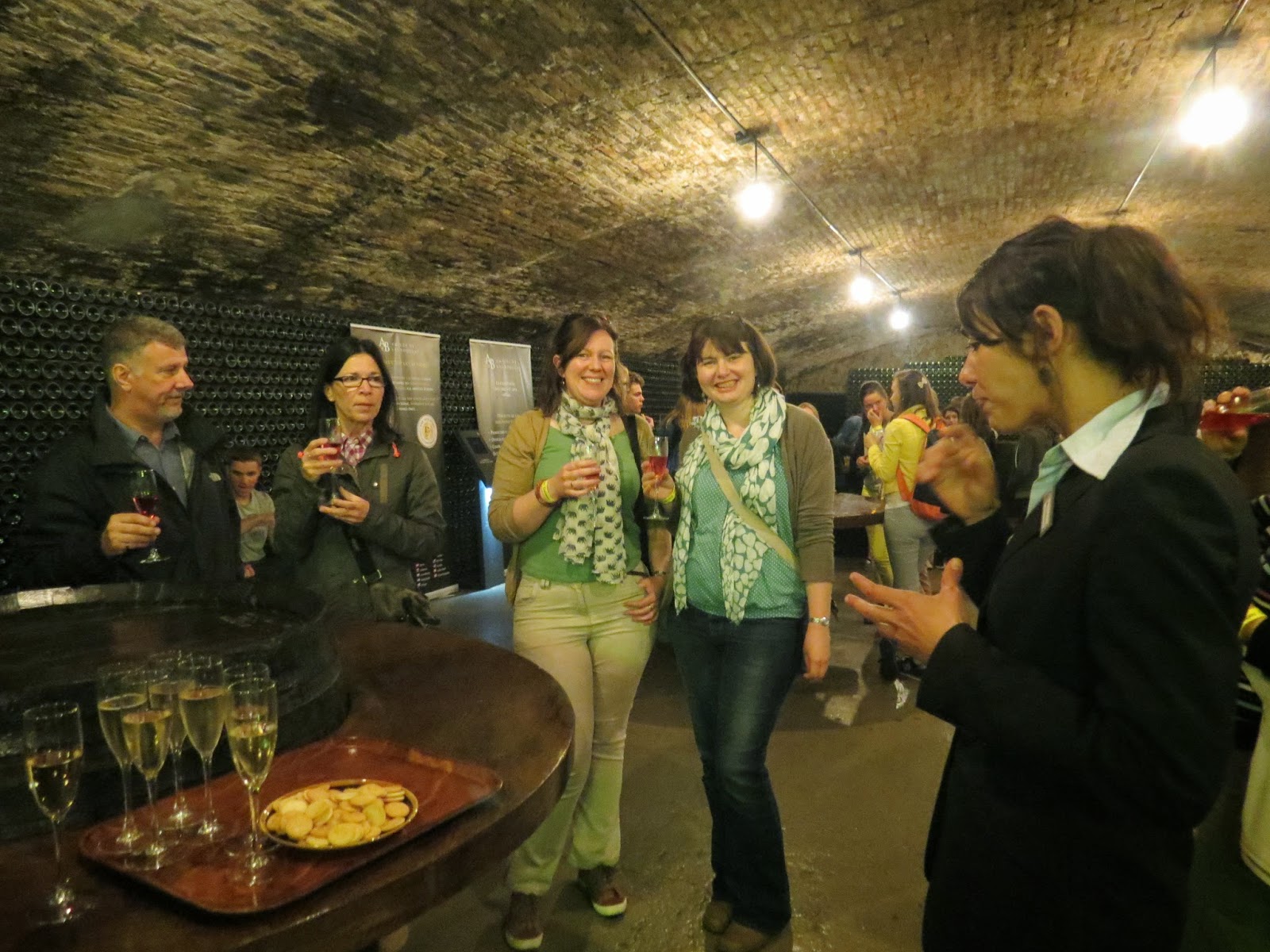