Being single - the tough bits

Last week I finally got round to blogging after a ridiculously long gap. I talked about one of the things from the last chapter of the book, where I'd asked a big group of my single friends what some of the good and bad bits were about being single. In that last post I looked at the great things, so this time I'm going to look at the not-so-great things.

Like last time, there's a bit of a caveat at the start - this is in no way a conclusive study, just the random thoughts of a random group of my random friends! Some of the things only apply to those who don't have children, or to those who live alone - and obviously not all single people fall into those categories.

That said, it's a pretty interesting list. I agree with some (although not all) of the things on the list, and I'd love to know what you think too.

My favourite example of this is from 2012 when I had tickets to the Paralympics in London. On the Thursday, I went together with my lovely friend Nikki. On the Friday, she had to work, but as we'd only seen team sports I decided I'd like to see some athletics so bought myself a ticket and headed off.

The brilliant thing about it was that I could please myself! I made the decision to go, booked the ticket, travelled to the park, and had a great day out. I ate what I wanted to and came and went as I pleased, without having to worry about anyone else. The difficult thing about it was that I had to spend the day all by myself, with no one to share in the experience with me.

I'm really glad that I decided to go. I had a fantastic day and saw some brilliant sport (including one of my heroes, Hannah Cockroft, winning gold!). As an added bonus I even bumped into some friends and got to spend some time with them. I went for it, and I'm glad.

The really funny PS to all that is that sometimes we're ok with our singleness, but others aren't. When I arrived at the stadium, I asked one of the gamesmakers to take my photo. He was utterly horrified that I was there on my own, and insisted on being in the photo with me! I'll post the photo below - he was lovely, but it still makes me chuckle how concerned he was that I was there on my own! 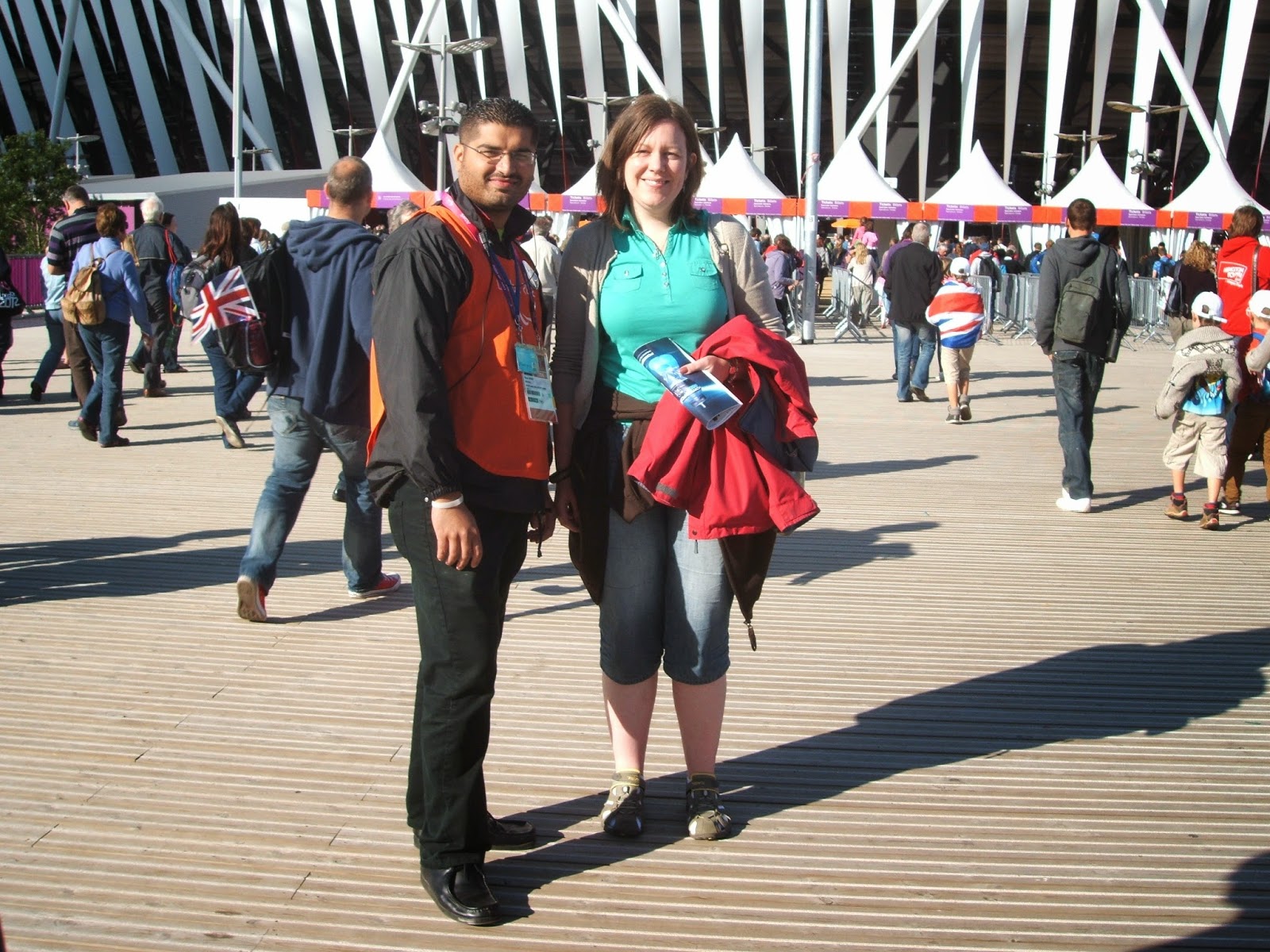