A little while ago now I blogged about my 'beLOVED ceremony'. Well, it happened! Yesterday, in the Lady Chapel at Liverpool Cathedral, around 100 very dear people gathered together for a really beautiful ceremony. It was exactly as I had hoped it would be! Such a joyful and special day. If you read the other blog you'll know what it was all about, but some people have been asking to know more about what happened, so I thought I'd share some of it here.

Below, then, I've copied the words that I said on the day near the beginning of the service, to explain what it's all about. It's therefore similar-ish to my last-but-one post but I thought it would give a flavour of what happened yesterday. More info will follow if you're interested, as I'll blog more about it in the days to come. This isn't the vow, this is just some background and explanation to it all.

So this is what I said:

Well, this is fun isn't it? I've been planning today for such a long time and I couldn't quite imagine what it would look like in reality, but here it is, and here you are, and it's wonderful.

The past few years have been quite a journey as I've thought and learnt and written and taught and prayed about singleness. It's Ian's fault, actually, for starting it all off... He's the one who asked me - what, probably almost 10 years ago now - whether I'd do a seminar at New Wine on singleness. I said no, obviously! The thing was I'd just never heard a talk on singleness that didn't leave everyone feeling considerably worse at the end than they had done at the beginning. I couldn't even envisage what a positive and helpful talk on singleness would look like.

But then I had a dream, and this really hardly ever happens to me, where I woke up, and I absolutely knew that God has spoken to me, and I ended up telling Ian I wanted to do not one but two seminars. And I began to explore what it looked like to live a God obsessed life in a marriage obsessed church and in a sex obsessed world.

I did those New Wine seminars, and then some more, and before I knew it I was being invited all over the country, and indeed all over the world, to speak about singleness. It's certainly an interesting and unexpected thing to have accidentally become a world expert in!

And while I definitely didn't see it coming, I am actually extremely grateful for it, and it's been an amazing privilege. It didn't take long for this subject to become a major passion of mine. I saw just how important it was. I saw how many people were really wrestling with this issue, trying to figure it out, trying to live well in the midst of it. I saw how, very sadly, church had often become a really hard place to be for single people.

It has been a joy to spend the best part of 10 years now journeying with this topic - academically, theologically, spiritually and personally. You simply wouldn't believe some of the conversations I've had with people, as they've dared to share with me their innermost struggles. I hope it's been, and continues, to be, a bit of a wake-up call for the church.

I think though (naively, I now realise) that I thought I could keep all of this, to a degree, at arms' length. I mean obviously it was personal, and one of the things I decided right from the start was that I'd always try to be completely honest. There didn't seem to be any point in doing this and not being, and people seemed to value that. There may at times, of course, have been too much honesty - I don't think I have a fully functioning 'TMI' filter...

But I think I thought nonetheless that this was something which was 'out there'. I assumed that my own personal journey would be separate from the speaking and the writing.

But God, of course, had a different plan. He began, bit by bit, to show me what that was going to look like.

It came firstly as a sudden, unexpected, surprising but definite certainty that I wouldn't get married. I won't tell you the whole story again - I'm assuming you've read the book! If you haven't, I'll be more than willing to flog you a copy before you leave.

To be honest I still struggle to find exactly the right words to describe what happened. Was it a calling, or a choice, or just an understanding of the circumstances? I think it was sort of all three, in a way. Certainly I feel that this is God's best for me, the path he wants me to follow. And certainly I feel too that I did have a choice. I could have rejected it, and chosen a different path. But I wanted in this area, as I want in all areas of my life, to do what he wants me to do. To live his best for me.

So, for a while, I lived in that reality. I tried to find ways to articulate it when people asked me whether I still hoped to get married. I tried to blog about it in a funny way, and sometimes got accused of being bitter when people didn't get my sense of humour. I tried to figure out what it would mean for my future, and to seek to live well in the present.

And then, gradually this time, I became aware of a growing sense that God was asking me to 'go public' with this. I've got to tell you, it's a good job that he took a while to work up to this because if I'd known from that start that this is where it was going, I'd have run. Fast and far.

As I look back now it's amazing this even happened at all because I didn't even know this was a thing. I'd certainly never known anyone who'd done anything like it. And I'm incredibly grateful to those of you who were there from the start as I first began to imagine what it might look like. Thanks for helping me to work this all out.

And so 2 and a bit years ago I gathered with my closest friends and I made a bit of a vow and we all prayed together, and laughed and cried a bit. And I've spent the 2 years since then sort of sitting with it and seeing where it went. And this - this is where it went. This just feels so completely right.

If I'm honest, I still don't really understand why. Why me, why this, why now? I don't know. But I don't think it matters, really, because I'm certain that God does. He knows me better than I know myself, and if this is his best for me, as I think it is, then I'm all in, Maybe it'll just be this one off event between me and him. Maybe it'll be the start of a worldwide movement, as people do their own 'beLOVED' thing. Who knows?

Certainly I don't think this is right for all single people. But for some, for me, it is. And I'm really grateful for the clarity and the freedom of that.

If you're wondering about the name, I did wrestle for a long time over it. For quite some time I just referred to all this as The Thing. But then I was drawn again and again to Song of Songs, and I remembered a phrase I'd heard someone say in a talk - that "God calls you beloved, and he says Be Loved." So there it is.

Someone once said to me "it must be great to know you're called to singleness, so that it isn't painful any more." Ah. No. Sorry about that, but that isn't how it's gone down for me. The only wobbles over the past 2 years have been when I've been wrestling with this, and struggling, and thinking, "should it really be this hard?" But then I've remembered what it always looks like to follow the Jesus Way - the joy and the pain and the hope and the hardship and the grace all mixed up together. And I think that's ok. I think that's how it's meant to be, and how it always will be. I think I can be utterly certain that this is the way I'm meant to live, and still sometimes burst into tears at random moments because it flipping well hurts and I'm lonely and sad.

So anyway, thanks for being here today. Thanks for being on my team. Thanks for not thinking I'm bonkers for doing this - or if you do think that, for hiding it really well. I guess I'm going to need your help in the future to keep on this path, so please stick around. You're all lovely. 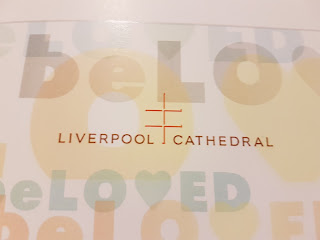