On Sunday evening I slept out on our church tower. As you do. It's not for the faint hearted - 29 m and 108 steps up to the top, a seriously steep and narrow climb. And at the top, a flagpole which turns out to be very noisy all night long, and a series of ridged bits of stone to try to sleep on. What fun. The enthusiastic new curate (who'd been here all of 2 weeks) cheerfully did it with me. She showed her worth by the snacks she brought (cheese and onion crisps and Haribo; she'll go far), but she blotted her copybook somewhat by falling soundly asleep between midnight and 7am, while I was mostly wide awake. My friend kindly suggested it gets harder to sleep as you get older...

We gamely slept on groundsheets and in sleeping bags, but without tents or any covering. It was stunningly beautiful. We saw the sun set over the beautiful city of Liverpool, and then we (or at least I!) saw it rise again the next morning, just before 5am. I took some incredible photos.

Why did we do all this, you ask? Surely not just for the views. Well, no, although they made it all the more amazing. We did it to raise money, and many kind people have sponsored us. To be honest I feel a bit of a fraud. Most people run marathons or climb mountains for sponsorship - all we did was go to sleep for a night (or not), admittedly in a slightly less comfortable place than normal.

The eccentricity of it seems to have captured people's imaginations, though, as I'd hoped that it would - "Vicars sleep on roof to raise money to repair roof" etc. We were featured in the Liverpool Echo and on Radio Merseyside in the days leading up to it. We tweeted all evening and much of the night with the hashtag #RooftopRevs, and gained many new followers.

Overall it was a really fun experience, albeit not one I want to necessarily recreate next week! I was VERY relieved by how kind the weather was to us - the night before the night before there had been significant thunderstorms, and the day before our annual church open day had to be held indoors because of torrential rain. But on the night we slept out it was calm and clear, a bit breezy of course (this is the highest point in Liverpool after all) but pleasant and mild all night, and with the most amazing views of the city that you could possibly hope for.

But I still haven't explained why we actually did it. Well, I'm vicar of St. George's Church in Everton, which has the distinction of being the first church in the world to be built entirely of cast iron. It's absolutely stunning. I spend so long in there that I sometimes forget just how beautiful it is, and the 'wow' factor which is inevitable the first time you walk inside. It's a Grade 1 listed building, and rightly so. This year we're delighted to be celebrating our 200th anniversary.

And yet unfortunately the roof is absolutely stuffed. I believe that to be the technical term... We own A LOT of buckets. On very wet days there's almost as much rain inside the building as outside... (I did at one point suggest to the PCC that instead of embarking upon lengthy and expensive roof repairs we should simply buy everyone in the congregation an umbrella...).

We've finally bitten the bullet and accepted that the roof simply must be fixed. This required a huge intake of breath and a massive amount of faith. In many ways I'd rather not be the vicar who embarked upon this. I don't want it to distract me from the mission of God in Everton. And yet I recognise that in very many ways our building is key to the mission of God in Everton. So this simply must be done, and done now.

We're fortunate that English Heritage have awarded us an 80% grant, for which we're very grateful. We've also been successful in a couple of funding bids. And, as a Listed Place of Worship, we'll be able to reclaim some of the VAT we pay. And yet, even so, as a small congregation in one of the most deprived areas of the country, this is a huge undertaking. We do it in faith, certain that it's right, but we do it with trepidation nonetheless.

And so it came to pass that Ashley and I slept on the roof. We had far more fun than I feel like you're meant to have when trying to raise serious sponsor money. We are incredibly,. profoundly grateful to everyone who has sponsored us so far, and we hope and pray that even more will do so. With website and cash donations, and including Gift Aid, we've just tipped over the £3000 mark. That's awesome! You can sponsor us at www.justgiving.com/stgeorgeseverton. We would appreciate it so very much.

Below is a photo from the night. You can see more if you look up our hashtag. May the beautiful St. George's Everton be a beacon of faith and hope for Everton and beyond for many more years to come... 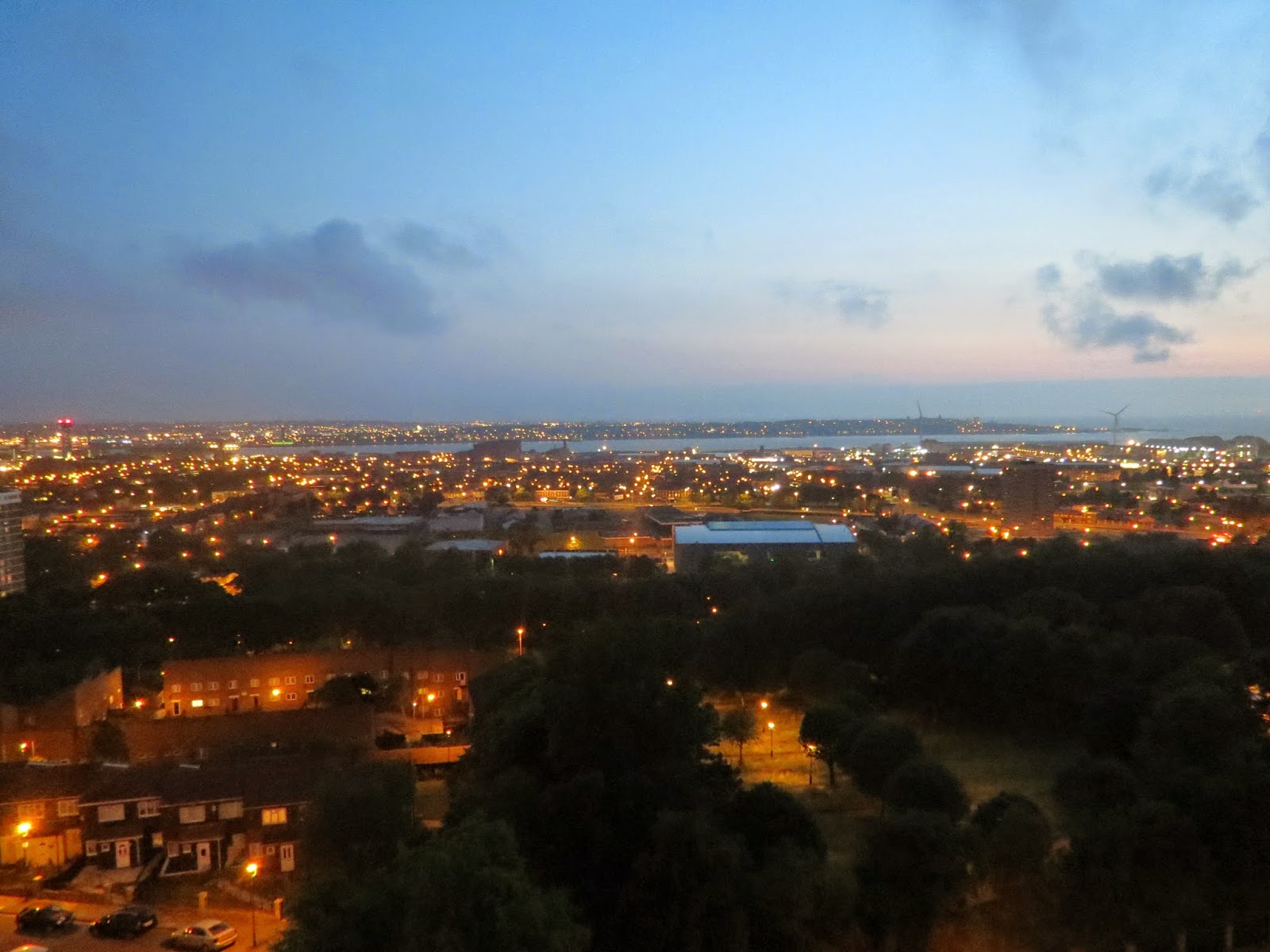